The prostate is a small gland that is part of the male reproductive system. It helps with making semen. The urethra is the tube that goes from the bladder, through the prostate gland, to the outside of the body. It is used to pass urine and seminal fluid. 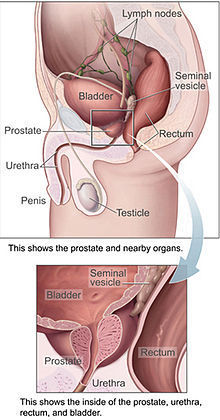 The three main problems that occur in the prostate include:

Size and Blockage of the urethra

If the inner part of the prostate gland obstructs the urethra during urination, this will irritate the bladder and cause urinary symptoms.

Urinary symptoms may include:

The actual size of the prostate does not appear to determine whether or not there is a blockage. Some men with large prostates never develop obstruction, but some men with small prostates can have severe bladder obstruction, which causes difficulty with urinating.

Around one in three Victorian men over the age of 50 years have some urinary symptoms. In most cases, these symptoms are due to a blockage caused by an enlarged prostate, but they may be due to other causes.

TURP is sometimes referred to as a ‘re-bore’. It involves inserting a slender instrument through the urethra into the bladder. Only the middle part of the prostate is removed to allow you to pass urine more easily.TURP is used most often for non-cancerous blockage, but may also be used in some cases of prostate cancer. This is the most common form of surgery (around 95 per cent of surgical procedures). The average hospital stay is three to four days.

Side effects of TURP

While surgery can improve symptoms dramatically, TURP can have significant unwanted side effects. You should discuss the pros and cons of both medical management and surgery with your doctor before you make a decision.

Common side effects of TURP

Common side effects after surgery include:

Less common side effects of TURP 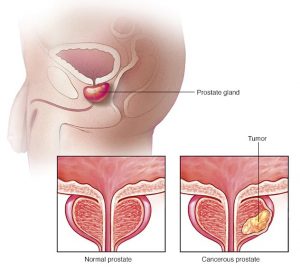 The best treatment for prostate cancer

Dr. Hiralal Chaudhari is the best urologist in Aundh Pune and he provides the highest standards of Urological & Andrological treatment in Pune. He can give you a proper Prostate Cancer Treatment in Aundh, Pune. He is highly skilled, experienced and specialist and practicing since 2011  to offer the best & consistent patient care services